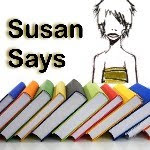 For me, it's about girl power 365 a year and during March my fanaticism- eh, my passion is deemed appropriate. I wanted to put this up earlier but life with a female teen is uh, well, let's say, requires spending less time here.

With the exception of the adult sisters in the first title, the others have girl leads. Some show how girls from different cultures find a way to affect their own destinies within the culture they live in and the beliefs they hold while other main characters are openly rebels. Many of these books I have talked about previously and likely will be talking about again. Each title is followed by a brief annotation with the main

genre identified. I've link to reviews when I readily knew who and where.

In The Time of The Butterflies by Julia Alvarez. Three sisters rebel against a corrupt and oppressive regime. The fictional account of the real Mirable sisters is told in alternating voices of the sisters. The sisters were brave, flawed and committed to what they believed in. I recommend this book every chance I get. It made that kind of impression on me. Historical fiction.

Parable of the Sower by Octavia Butler. A young woman leads a small group out of a dystopian community to build a new one based on a new religion she reluctantly accepts as her destiny. Lauren is fifteen. To lead any group is a daunting task for any leader. Imagine being fifteen, the world is pretty close to hell on Earth and then you get visions that you are to start a new way of life in the middle of chaos. Butler is brilliant in how she challenges the reader with her critiques of our society. Science Fiction

Down To The Bone by Mayra Lazara Dole. A young woman grapples with her sexual orientation and identity.Laura is funny, honest and authentic. Her denial and missteps are frustrating but they also make her believable. Soli is kickass. And the food references- I was always hungry, wishing I was at their table. YA. GLBT. My review.

M+O 4EVR by Tonya Hegamin. Opal and Miriam have been friends forever. Marianne spins out of control while Opal attaches her dreams and hopes on a future life with Marianne. Interwoven is the story of Hannah, a runaway slave who chooses to risk her life for freedom, unexpectedly falls in love and ultimately loses her life on her own terms. YA. GLBT

A Wish After Midnight by Zetta Elliott. Genna is fifteen. Life at home is rough. She's not happy with her looks or place in any group. Then she meet Judah and things are looking up. Life isn't suddenly perfect and that's why she makes a wish. She couldn't have thought a wish could transport to 1863 Brooklyn. Historical/sci-fi. YA. Read Neesha's review at Cynical, Ornery and Sublime.

Does My Head Look Big In this? by Randa Abdel-Fattah. Amal is Muslim. Home is Australia. When she decides to wear the hijab she has to contend with a variety of reactions. Amal is a teen and like most teen girls, she's concerned about her looks, how she is perceived and boys. Now balance all that and religion. YA. Multicultural. Read Allison's review at Read Into This.

Climbing the Stairs by Padma Venkatraman. 15-year-old Vidya has plans: college and a career. Her progressive father supports her. Her family is very different from her father's conservative, tradition family in Madras. When tragedy strikes, Vidya's family has to move to Madras. It's 1941, the war is on everyone's mind and Vidya is determined to still realize her dreams even in a house where girls aren't allowed upstairs. YA. Multicultural. Read Natasha's review at Maw's books.

Beneath My Mother's Feet by Amjed Qamar. Nazia is pulled from school to help her mother find work when her father doesn't return to work after an accident. Cleaning houses compromises Nazia's marriage prospects. The setting is modern Pakistan. Ultimately, Nazia chooses a life for herself on her own terms. Highly recommend reading this and Wanting Mor. Both are modern stories with young girls who do not romanticize the West or its culture. Read review at Regular Rumination.

Flygirl by Sherri L. Smith. Ida Mae has to make tough decisions like choosing to pass for white in order serve in Women Airforce Service Pilots. See Akilah's review at the Englishist.

Wanting Mor by Rukhsana Khan. A young woman in the wake of the conflict in Afghanistan has to grow quickly when her mother dies

unexpectedly and her irresponsible father moves her to Khabul so he can find his opportunity to improve his lifestyle. He marries a widow and Jameela's life becomes even bleeker. Jameela, a conservative, religious girl learns to be less judgmental while remaining true to the religion and beliefs she shared with her mother. YA. Multicultural. Read Edi's review at Crazy Quilts.

Yay I've read almost all the books on this list! Still need to read Wanting Mor, parable of the Sower, Climbing the Stairs and M+o 4EVr (I find it interesting that tonya Hegamin includes both a present day situation and a slavery situation in her books, didn't work too well for me in Pemba's Song).

I would also add Samar from Shine, Coconut Moon (and her mother, Sharan!) and Mare from Mare's War. Ooo Ai Ling from Silver Phoenix was awesome too along with Rhonda from my Life As A Rhombus. this is a great list that testifies to girl power-POC style, those books are out there!

This list looks fantastic. It will also give me a starting point to offer my daughter to get her more interested in multi-cultural reads rather than the same stuff she's been glued to for a while now.

Mare is on the list. I thought about Samar but the list was growing and growing and we're featuring Neesha at Color Online now.

And what would you all add if I put everything on the list? LOL

Kristen, what themes or storylines is she glued to now? Maybe I could recommend multi lit with those themes.

Wow! Love your list of books!! Thanks for sharing them, I have added some of them.

Oh duh, Mare is already on the list! I missed that, sorry :)

Great list. I was thinking over my list, and I totally forget Shine, Coconut Moon by Neesha by Meminger.

I would also include Ocean Apart A World Away by Lensey Namioka.